2. Types of Taxes in Kenya2
Income Tax 40%
Other Taxes 9%
Excise Duty 15%
Import Duty 8%
VAT 28%
2 It is important to note that tax rates, tax bases or administrative issues for the various taxes and duties may change from year to year dependent on the approved Finance Bill that is tabled
in parliament every financial with various tax or revenue mobilization measures or proposals.
A Citizen’s Handbook on
Taxation in Kenya 18
personal income tax and that from employment is subject to Pay As You Earn (PAYE). Further,
tax withheld from the other incomes as aforementioned is referred to as withholding tax
whereas corporate income tax is charged on profits of limited liability companies.
Income tax is governed by the Income Tax Act, Cap 470 Laws of Kenya, which is the principal
legislation with schedules and subsidiary legislations. The principle law of the Income Tax
Act has 14 parts, 133 sections and 13 schedules. In fact, the administration of various direct
taxes, which have different rates, is undertaken by the Income Tax Department at KRA. The
Minister for Finance, when reading Budget Statement 2012/13 in Parliament, mentioned
that his Ministry is committed to review Income Tax Act following tabling of the VAT Bill,
2012 for debate and approval in Parliament.
2.1.2 Purpose of income tax
Generally, income tax in Kenya is used for revenue mobilization and income redistribution
purposes. Income tax is used to achieve equity objectives through rationalization of tax
brackets and rates; in other words, tax brackets could be broadened or the number of
brackets increased and the tax rates could be increased or reduced depending on the
objective. The redistribution and equity purposes are more evident with personal income
tax than with the other types of income tax. Evidently, the rationalization of tax brackets and
rates is done so as to reduce tax burden on those with lower and fixed incomes and make
the tax more equitable.
2.1.3 How income tax works
First, income tax is charged on the income earned by any person resident in Kenya. A
resident is defined as an individual who has permanent residence in Kenya, and has spent
any part of the working year(s) in the country; or, one without permanent residence in
Kenya but who has spent 183 days or more, working in the country during the period of
assessment. A foreign employee in a non-Kenyan firm who is resident in Kenya is subject to
tax on all emoluments.
Income from Employment
The income from employment that is taxable includes salaries, wages, commission, bonus,
allowances and compensation for termination of employment or self-employment. The
method of collecting tax at source from individuals in formal employment is called Pay As
You Earn (PAYE). The employer deducts a certain amount of tax from the employee’s salary
or wages on each payday then remits the deductions to the KRA. This relieves the employee
from paying taxes at the end of the year and shifts the responsibility to the employers.
Individual income (both PAYE and personal income tax) is taxable at the same graduated
rates from 10% up to 30%. The first taxable band is for an annual income of Ksh 121,968 at
the rate of 10% and the top tax bracket is for an annual income over 466,704 at 30%. It is
important to note that tax rates and tax brackets are subject to change from time to time and
the prevailing tax brackets and tax rates since 2005 is what is captured in Table 3.
A Citizen’s Handbook on
Taxation in Kenya 19
Table 3: Personal Income Tax Structure (2005 – 2012)
Annual Taxable
Income (Ksh.)
Bands of Taxable
Income p.a. (a)
Taxable
Income
Tax Rate
(b)
Tax on Bands
{(a)*(b)}
Cumulative
tax on Income
0 – 121,968 121,968 121,968 10% 12,197 12,197
121,969 – 236,880 114,911 236,880 15% 17,237 29,434
236,881 – 351,792 114,911 351,792 20% 22,982 52,416
351,793 – 466,704 114,911 466,704 25% 28,728 81,144
Over 466,704 Over 466,704 30%
Source: KRA
Furthermore, tax allowances are provided for all individual taxpayers. Kenyan residents
working abroad are given credit of foreign tax paid on the salaries earned in the respective
countries.
Every individual who receives an income is granted a tax credit or a tax relief – this is known
as personal tax relief which is Ksh. 13,944 per annum. Insurance relief of 15% of premiums
paid to a minimum of Ksh. 60,000 per annum and mortgage relief are also available for
eligible persons. The total tax credit is spread evenly during the charge year. At the end
of the year, an individual will submit his self-assessment on total income received from
various sources. Should the tax credit be lower than actual tax charged during the year, the
balance of tax due will be payable.
Below is an illustration of how PAYE is calculated for Ms X who earns Ksh. 50,000 per
month over and above the tax relief, and since Ms X pays education insurance premium for
her son Y, she is eligible for insurance relief. 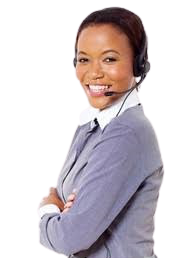